Food waste is bad for the planet, costs tonnes of money and resources. So how come still one third of global food production is squandered? Read our blog post to dig into the food wastage issue and get to know some of the solutions.

Can you imagine that each year, approximately one-third of all food produced in the world for human consumption is lost or wasted? According to FAO estimations, this is around 1.3 billion tonnes of food-costing the global economy close to $940 billion each year. ReFED sources say only in the United States in 2019, 35% of food went unsold or uneaten, which means $408 billion worth of food hit the trash. That is 2% of the U.S. GDP. On the other side of the globe, in the EU countries, 88 million tonnes of food waste are generated annually that costs the economy €143 billion.

Over 42% of globally wasted food is fruit and vegetables. The shameful fact about the food waste issue is that all starving people in the world (over 811 million people) could be fed by less than a quarter of the food lost or wasted in the US and Europe.

Where is the food wasted?

The factors leading to food waste or loss are numerous and occur along the entire food supply chain. Losses occur due to crop pests and diseases, inefficient harvesting methods, and quality losses and freshness degradation during storage and transportation. Food is also wasted in shops and households because it has passed its expiry date or simply because it looks unappetizing.

The United Nations Environment Programme has revealed the terrifying scale of global food waste – its 2021 Food Waste Index shows that people discard 931 million tonnes of food every year, which means that per capita food waste is averaging 74kg per household. The world leaders in total annual household food waste (in tonnes) are China, India and the United States.

Although household food waste seems enormous, in fact the biggest source of food waste takes place in the production phase where over 500 million tons is lost due to things like crop pests, ineffective harvesting and limited water resources. The second largest waste areas are postharvest handling and storage and at the consumer level both with around 350 million tons. Together, these 3 phases account for around 75% of all food waste globally.

In addition to reduced food availability, food waste has significant implications on our environment due to a major squandering of resources, including water, land, energy, labor, and capital used to produce the food that is wasted. According to FAO’s report Food Wastage Footprint: Impacts on Natural Resources, around 1.4 billion hectares of agricultural land – 28% of the world’s agricultural area – is used annually to produce food that is lost or wasted. That is an area larger than China. To feed a growing global population, agriculture is also the main driver of deforestation in most regions.  Reducing food waste could significantly reduce this trend.

If food wastage were a country, it would be the third largest emitting (CO2) country in the world, after China and the U.S., says FAO. The global food system accounts for up to 30% of greenhouse gas emissions and food waste is part of this, contributing to global warming and climate change. Eliminating global food waste would save 4.4 million tonnes of CO2 a year, the equivalent of taking one in six cars off the road.

How to tackle food waste

Fortunately, awareness of the problem and the interest in implementing strategies to prevent and reduce food waste is increasing. Actions should be based on detailed information that identifies:

The global policymakers start to take action to fight food waste both on the regional as well as domestic levels:

In the fight with food waste, reshaping the consumer environments and behaviours seems one of the most beneficial solutions and this can be obtained by building the problem’s awareness across the globe. In 2019, the UN General Assembly designated 29 September as the International Day of Awareness of Food Loss and Waste. This has been an incentive to launch campaigns on the national level, such as #ComerSinPerder – the campaign launched in Argentina by Ministerio de Agricultura, Pesca y Ganadería together with INTA sharing tips on how to cut down on food waste at home.

All of these activities are vital as there is not much time to deal with global food shortage. Experts estimate that the Earth’s population will grow to nearly 10 billion by 2050. To feed all these people global food production must increase by 60% or we need to find a global solution to the food currently being wasted.

How we can help

The betterment of our environment and society is the main goal of Fresh Inset. Our Vidre+ technology can provide solutions for the food waste problem in the area of fresh produce. Fresh Inset’s products help fight food spoilage, and as a result reduce food waste, because they can be applied on all fruits and vegetables in any region in the world and can be used in the whole supply chain.

Considering only Europe, our Vidre+ products can limit the food waste at top 4 links of the value chain representing over 36% of the 56% produce waste issue in Europe. That translates into potential yearly saving of over 8 km3of water and 25 Gt of CO2.

For more information on how Vidre+ can address the food waste issue, visit our website: https://freshinset.com. 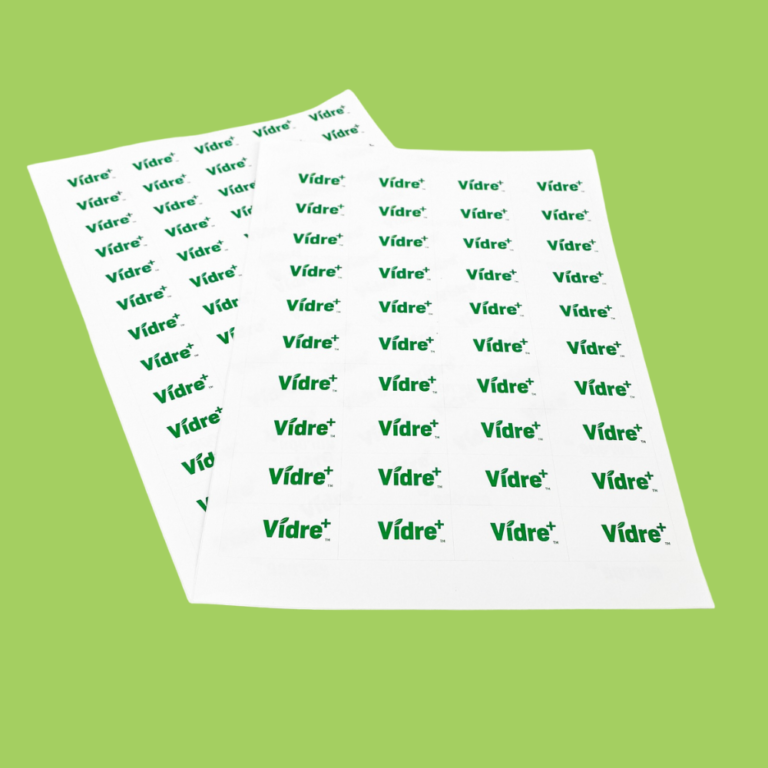